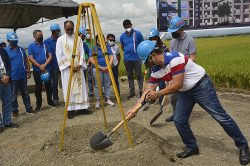 Promising learners from the Municipality of Aurora, Isabela are now eased with the access to tertiary education as Isabela State University unveils a new extension campus in the area.

Early this Thursday (March 10), University Officials and LGU Aurora executives graced the groundbreaking ceremony of the soon-to-rise extension campus which constitutes a four-story building with 27 classrooms.

Around five hectares of land is allotted by the LGU for the compound of the extension campus.

The establishment was an offshoot from the proposed offering of Bachelor of Agricultural Technology which was approved early June last year.

University President Dr. Ricmar P. Aquino assured that the earlier statement will be supported by the campus, especially on their calamansi industry. President Aquino noted that the campus can house a promising R&D Center specialized on the study of the local produce.

Once completed, the extension at Aurora will be the third extension campus of the University, and would be part of the Isabela State University- Cauayan Campus Cluster. (GZ-BJC-JF/UMIS-CMS) 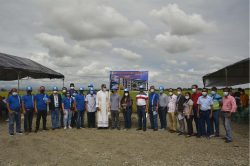 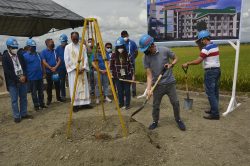