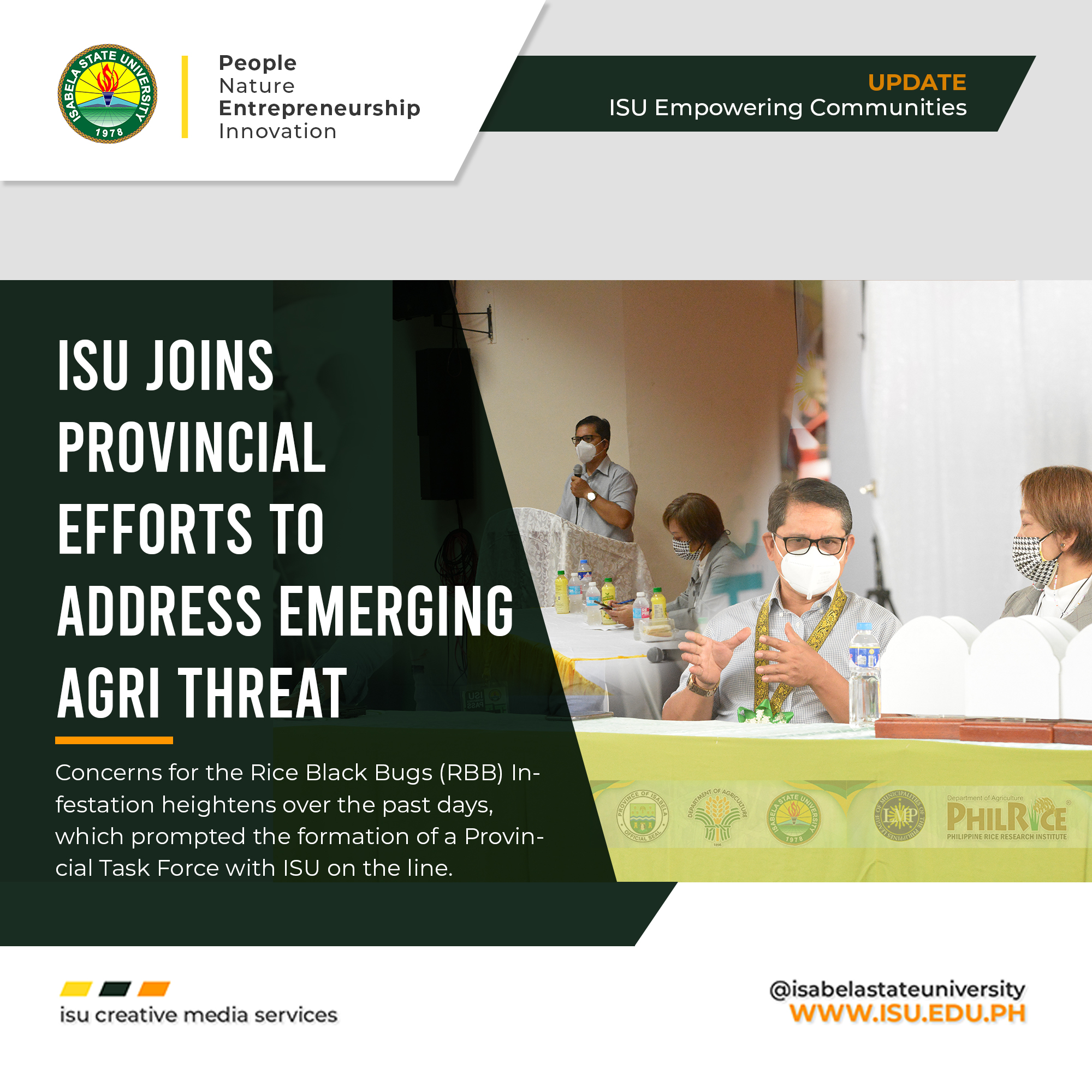 Isabela State University will be working with various agencies in the Province of Isabela as Provincial Inter-Agency Task Force was formed to contain the growing concern on Rice Black Bug pest.

The emergence of the crop pest, or what experts refer to as “RBB”, began as isolated cases in some areas of Region 02, including the provinces of Quirino and Isabela.

Heightened concerns follow as the recent full moon drew out a surge, which has reportedly infected 11 municipalities in Isabela, and two other towns in Quirino.

With the Task Force’s whole-of-government approach, the University would be venturing R&D thru its research centers to beef-up scientific solutions for the infestation.

The Task Force will be headed by Governor Rodolfo T. Albano III, with the following members: