The Isabelino’s clamor for Technical Courses in the late 60’s paved the way to the offering of a Two-Year Trade Technical Course in the tertiary level at the Isabela School of Arts and Trades (ISAT), Calamagui, Ilagan, Isabela.

The ensuring boom in enrollment behooved school administration to expand the course both horizontally and vertically. Thus, in 1970 the four-year Bachelor of Science in Industrial Education (BSIE) was born with two new courses created; Industrial Education and Electronics.

On June 10, 1987, President Ferdinand E. Marcos signed P.D. 1434 creating the first university in Region II – the Isabela State University. The degree merged the Cagayan Valley Institute of Technology in Cabagan, the Isabela State College of Agriculture in Echague, and the Tertiary level in ISAT. 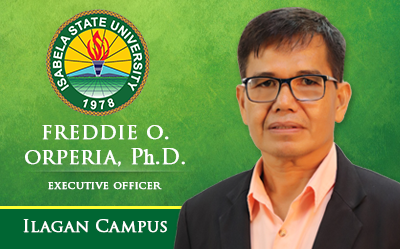