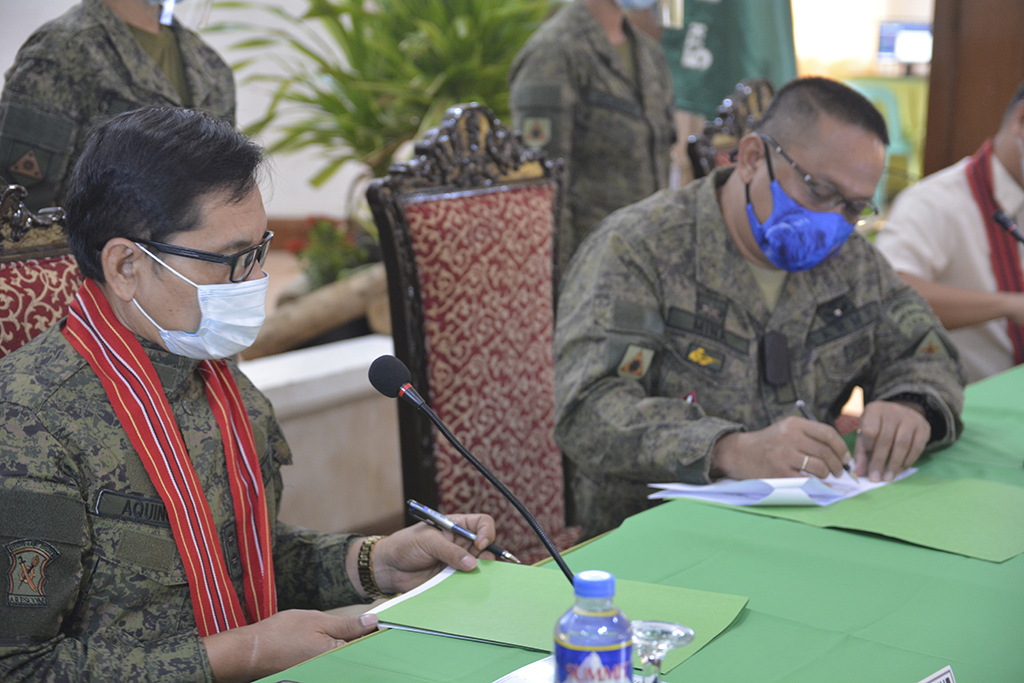 The fight against insurgency goes on- but not with guns.

ISU and DA will assist 5th ID in the transfer of agriculture-based technologies to propel livelihood programs for rebel returnees.

Insurgency has been a problem for more than 50 years, says University President Dr. Ricmar Aquino, which has only brought scratches for both sides of the government and rebel groups.

With this, Dr. Aquino offered the University’s services particularly in the field of research-based products and agriculture technologies as way of contributing to the efforts of quelling down armed tensions.

“The fight against insurgency is not just the fight of the Armed Forces of the Philippines (AFP), it should be the fight of everybody- the fight of Isabela State University, and the fight of DA… so that is why, with all of us here, I’m pretty sure that in the near future, we can end the problem on insurgency”, Dr. Aquino said.

A commissioned officer under the rank of Colonel of the Army Reserved Command, Dr. Aquino appeared with his military uniform during the ceremonial partnership, saying this was his way to show the army division that “ISU is one with 5th ID, we are one with you”.

Meanwhile, DA OIC Regional Technical Director for Operations Roberto C. Busania affirmed, “DA is having its commitment to really further the advocacy of helping our brothers and sisters”.

Dir. Busania furthered, “all government agencies are really mandated to help our brothers and sisters who are in the far-flung areas or even in the more urbanized areas to have the opportunity to live more decent by helping them to have livelihood- and the Department of Agriculture is really committed to continue sustaining the livelihood of our farmers”.

The University has also extended its developed HealthGuard contact-tracing technology, along with the renewal of ISU Ilagan’s extension program on the enhancement of oral and written proficiency of military personnel.